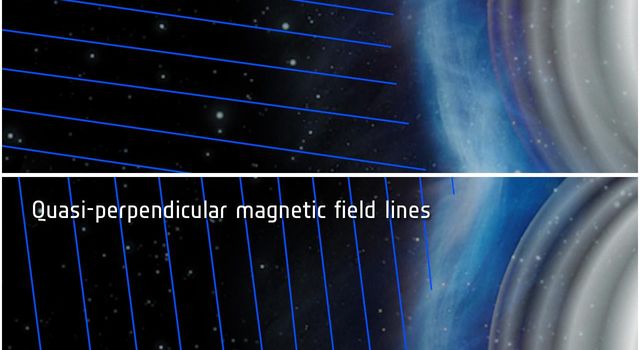 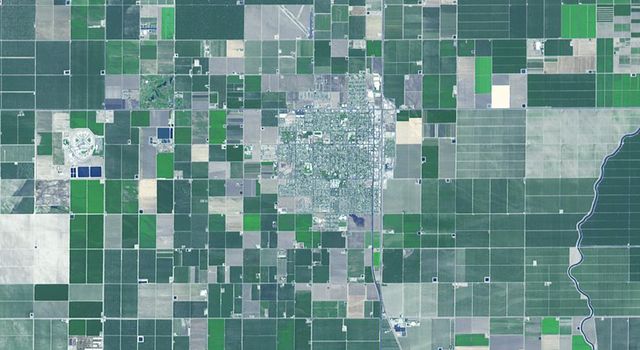 This artist's impression by the European Space Agency shows NASA's Cassini spacecraft exploring the magnetic environment of Saturn. The image is not to scale. Saturn's magnetosphere is depicted in grey, while the complex bow shock region -- the shock wave in the solar wind that surrounds the magnetosphere -- is shown in blue.

While crossing the bow shock on Feb. 3, 2007, Cassini recorded a particularly strong shock in a "quasi-parallel" orientation, where the magnetic field and the direction of the front of the shock's movement are almost aligned. Under these conditions, significant particle acceleration was detected for the first time. The findings provide insight into particle acceleration at the shocks surrounding the remnants of stellar explosions.

The Cassini-Huygens mission is a cooperative project of NASA, the European Space Agency and the Italian Space Agency. JPL manages the mission for NASA's Science Mission Directorate, Washington. JPL is a division of the California Institute of Technology, Pasadena.