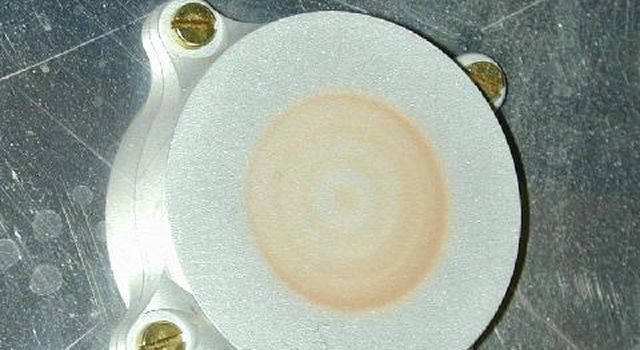 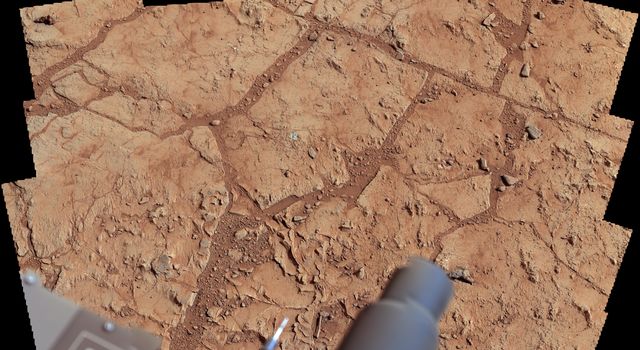 At the center of this image from NASA's Curiosity rover is the hole in a rock called "John Klein" where the rover conducted its first sample drilling on Mars. The drilling took place on Feb. 8, 2013, or Sol 182, Curiosity's 182nd Martian day of operations. Several preparatory activities with the drill preceded this operation, including a test that produced the shallower hole on the right two days earlier, but the deeper hole resulted from the first use of the drill for rock sample collection.

The image was obtained by Curiosity's Mars Hand Lens Imager (MAHLI) on Sol 182. The sample-collection hole is 0.63 inch (1.6 centimeters) in diameter and 2.5 inches (6.4 centimeters) deep. The "mini drill" test hole near it is the same diameter, with a depth of 0.8 inch (2 centimeters).