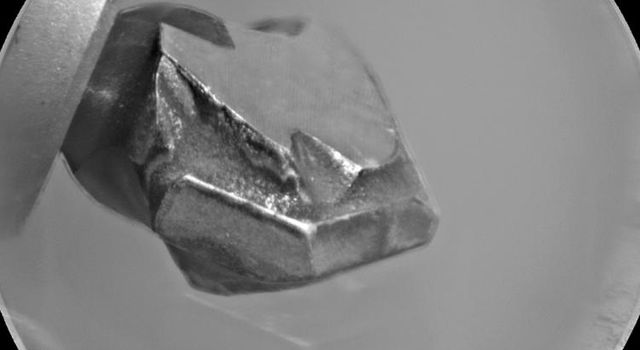 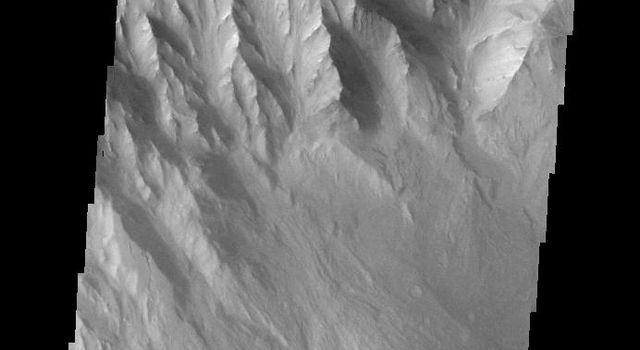 The bit in the rotary-percussion drill of NASA's Mars rover Curiosity left its mark in a target patch of rock called "John Klein" during a test on the rover's 176th Martian day, or sol (Feb. 2, 2013), in preparation for the first drilling of a rock by the rover.

The Sol 176 test, called the "drill on rock checkout," used only the hammering or percussive action of the drill, not rotary action.

This image from the Mars Hand Lens Imager (MAHLI) camera on the rover's arm was taken with the camera positioned about 4 inches (10 centimeters) off the ground. It shows an area of John Klein about 3 inches (7.7 centimeters) wide. The length of the gray divot cut by the drill bit is about two-thirds of an inch (1.7 centimeters).

Another preparatory test, called "mini drill," will precede the full drilling. The mini drill test will use both the rotary and percussive actions of the drill to generate a ring of rock powder around a hole. This will allow evaluating the appearance of these drill tailings, to see if they are behaving as dry powder suitable for processing by the rover's sample handling mechanisms.