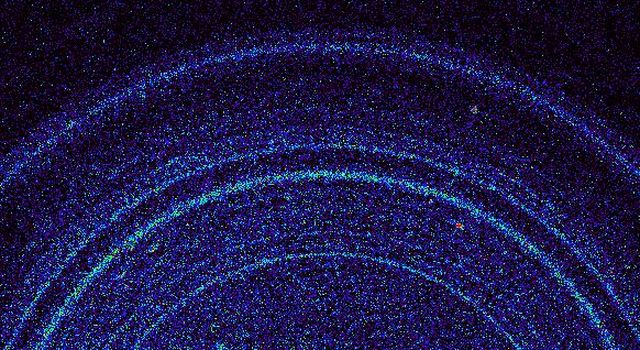 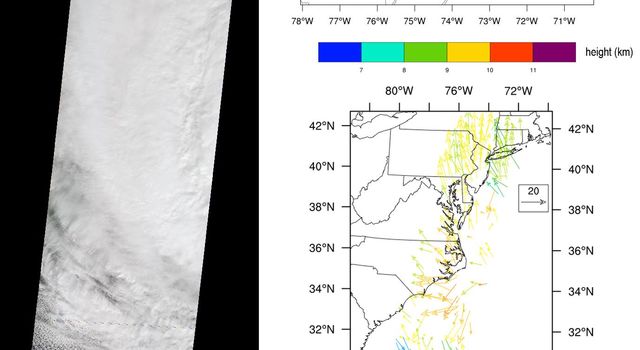 Early Tuesday, Oct. 30, 2012, Hurricane Sandy continued inland, moving to the northwest over Pennsylvania. Swaths of infrared measurements taken over two orbits of NASA's Aqua satellite by the Atmospheric Infrared Sounder are displayed here to show the area of the Northeastern United States and Canada feeling the impact of this large storm at 12:00 a.m. PDT (3:00 a.m. EDT). Each data swath is 1,023 miles across (1,650 kilometers).

The Aqua satellite pursues a sun-synchronous orbit pole-to-pole with a period of 90 minutes while the Earth rotates under the satellite's path. The data swaths do not overlap except near the poles, and so the core of the storm is in the data void between orbits, known as a gore.