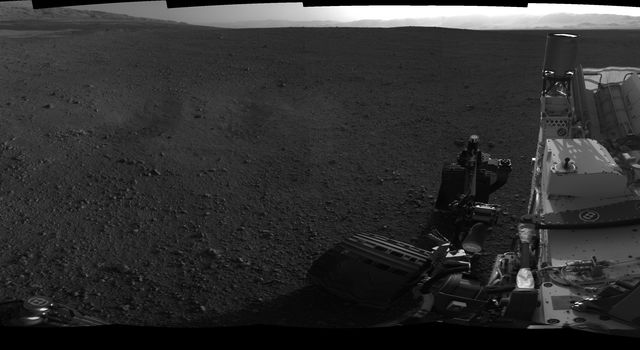 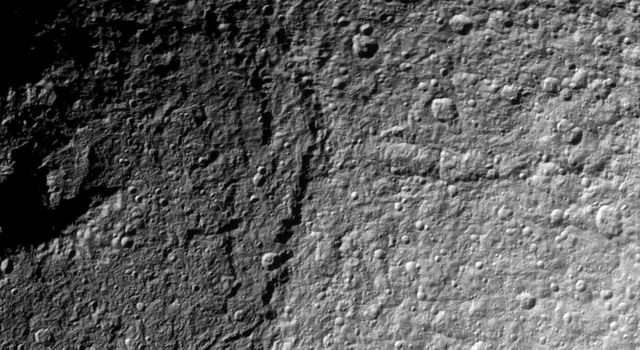 Northern Odysseus
This composite image, with magnified insets, depicts the first laser test by the Chemistry and Camera, or ChemCam, instrument aboard NASA's Curiosity Mars rover. The composite incorporates a Navigation Camera image taken prior to the test, with insets taken by the camera in ChemCam. The circular insert highlights the rock before the laser test. The square inset is further magnified and processed to show the difference between images taken before and after the laser interrogation of the rock.

In the composite, the fist-sized rock, called "Coronation," is highlighted. Coronation is the first rock on any extraterrestrial planet to be investigated with such a laser test.

The widest context view in this composite comes from Curiosity's Navigation Camera. The magnified views in the insets come from ChemCam's camera, the Remote Micro-Imager. The area shown in the circular inset is 6 centimeters (2.4 inches) in diameter. It was taken before the rock was hit with the laser. The area covered in the further-magnified square inset is 8 millimeters (about one-third of an inch) across. It combines information from images taken before and after the test, subtracting the "before" image from the "after" image to make the changes in the rock visible.

Curiosity's Chemistry and Camera instrument (ChemCam) inaugurated use of its laser when it used the beam to investigate Coronation during Curiosity's 13th day after landing.

ChemCam hit Coronation with 30 pulses of its laser during a 10-second period. Each pulse delivered more than a million watts of power for about five one-billionths of a second. The energy from the laser excited atoms in the rock into an ionized, glowing plasma. ChemCam also caught the light from that spark with a telescope and analyzed it with three spectrometers for information about what elements are in the target.

This initial use of the laser on Mars served as target practice for characterizing the instrument but may provide additional value. Researchers will check whether the composition changed as the pulses progressed. If it did change, that could indicate dust or other surface material being penetrated to reveal different composition beneath the surface.