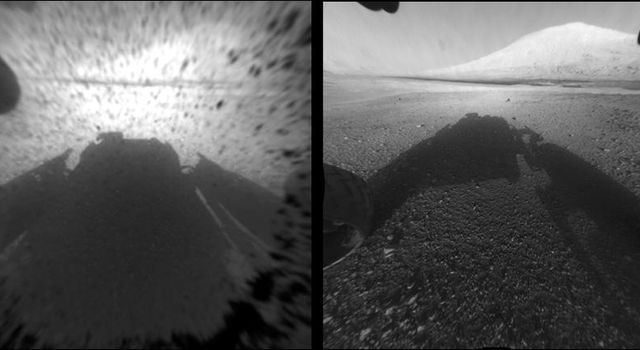 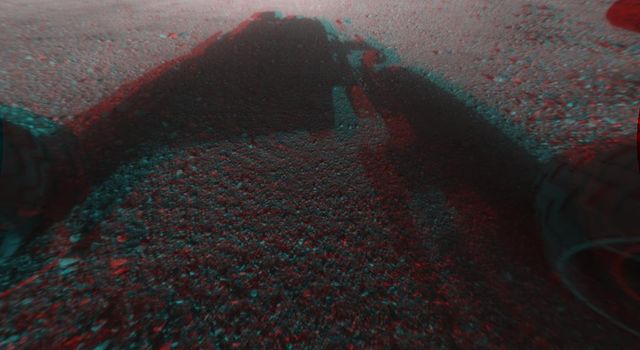 3-D View from the Front of Curiosity

This image is a 3-D view in front of NASA's Curiosity rover, which landed on Mars on Aug. 5 PDT (Aug. 6 EDT). The anaglyph was made from a stereo pair of Hazard-Avoidance Cameras on the front of the rover. Mount Sharp, a peak that is about 5.5 miles (3.4 miles) high, is visible rising above the terrain, though in one "eye" a box on the rover holding the drill bits obscures the view.

This image was captured by Hazard-Avoidance cameras on the front of the rover at full resolution shortly after the rover landed. It has been linearized to remove the distorted appearance that results from its fisheye lens. A single "eye" view of Mount Sharp is available at PIA15986.