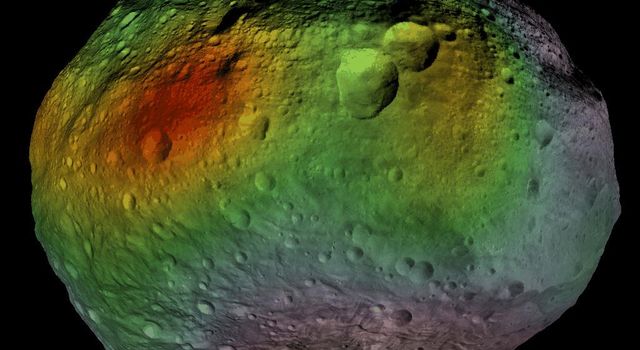 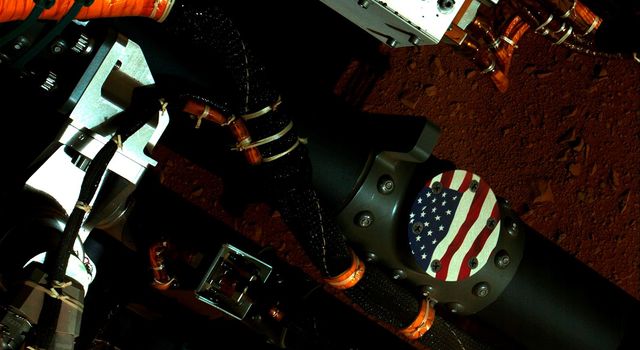 This view of Curiosity's deck shows a plaque bearing several signatures of US officials, including that of President Obama and Vice President Biden. The image was taken by the rover's Mars Hand Lens Imager (MAHLI) during the rover's 44th Martian day, or sol, on Mars (Sept. 19, 2012). The plaque is located on the front left side of the rover's deck.

The rectangular plaque is made of anodized aluminum and measures 3.94 inches (100 millimeters) tall by 3.23 inches (82 millimeters) wide. The plaque was affixed to the rover's deck with four bolts.

Similar plaques with signatures -- including those of the sitting president and vice-president -- adorn the lander platforms for NASA's Spirit and Opportunity rovers, which landed on Mars in January of 2004. An image from Spirit's plaque can be found at PIA05034.

The main purpose of Curiosity's MAHLI camera is to acquire close-up, high-resolution views of rocks and soil at the rover's Gale Crater field site. The camera is capable of focusing on any target at distances of about 0.8 inch (2.1 centimeters) to infinity, providing versatility for other uses, such as views of the rover itself from different angles.