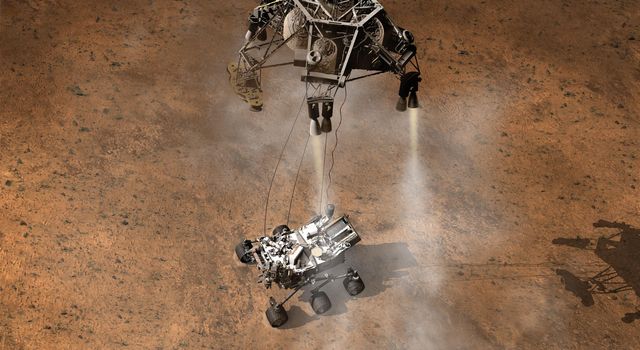 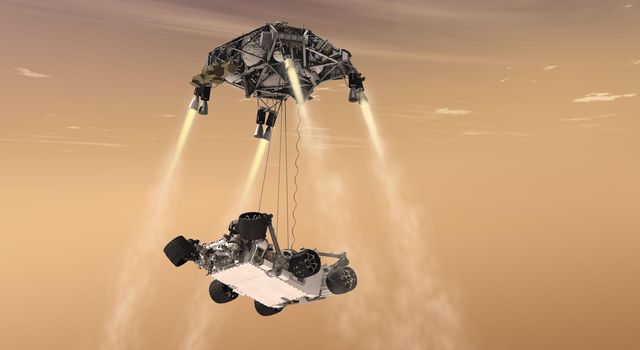 This artist's concept depicts the moment that NASA's Curiosity rover touches down onto the Martian surface.

The entry, descent, and landing (EDL) phase of the Mars Science Laboratory mission begins when the spacecraft reaches the Martian atmosphere, about 81 miles (131 kilometers) above the surface of the Gale crater landing area, and ends with the rover safe and sound on the surface of Mars.

In the depicted scene, Curiosity is touching down onto the surface, suspended on a bridle beneath the spacecraft's descent stage as that stage controls the rate of descent with four of its eight throttle-controllable rocket engines. The rover is connected to the descent stage by three nylon tethers and by an umbilical providing a power and communication connection. When touchdown is detected, the bridle will be cut at the rover end, and the descent stage flies off to stay clear of the landing site.