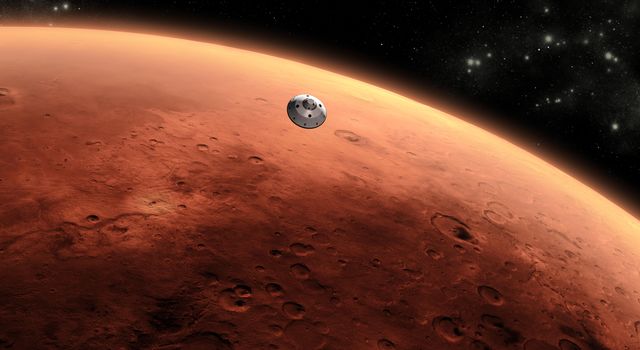 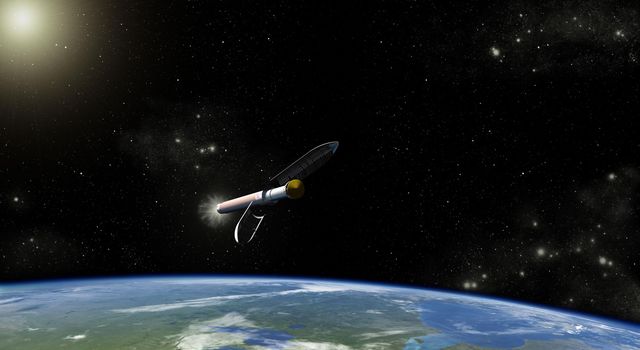 This is an artist's concept of NASA's Mars Science Laboratory spacecraft during its cruise phase between launch and final approach to Mars. The spacecraft includes a disc-shaped cruise stage (on the left) attached to the aeroshell. The spacecraft's rover (Curiosity) and descent stage are tucked inside the aeroshell.

Along the way to Mars, the cruise stage will perform several trajectory correction maneuvers to adjust the spacecraft's path toward its final, precise landing site on Mars. The Mars Science Laboratory spacecraft will use the stars to navigate. A star scanner on the cruise stage will help keep the spacecraft on track by constantly monitoring its position relative to stars in our Milky Way galaxy. The cruise stage will have its own miniature propulsion system, consisting of eight thrusters to be fired on command using hydrazine fuel in two titanium tanks. It will also have its own power system, consisting of a solar array for providing continuous power. The vehicle will maintain stability by spinning about its central axis at two revolutions per minute.