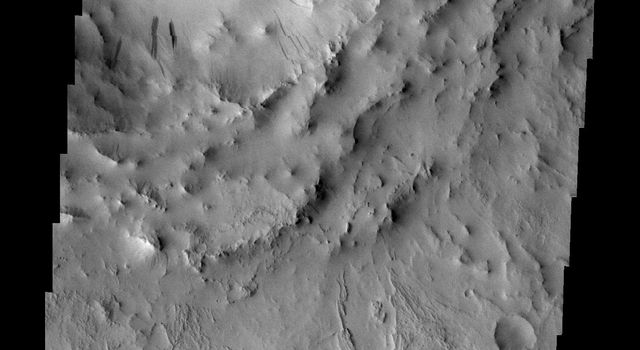 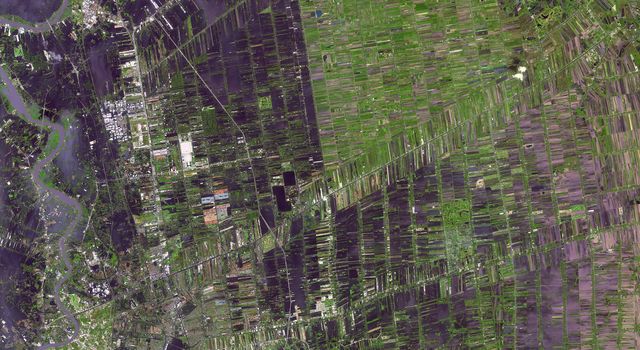 This artist's concept depicts NASA's Mars Atmosphere and Volatile EvolutioN (MAVEN) spacecraft near Mars. MAVEN is in development for launch in 2013 and will be the first mission devoted to understanding the Martian upper atmosphere. The mission's principal investigator is Bruce Jakosky from the Laboratory for Atmospheric and Space Physics at the University of Colorado.

The goal of MAVEN is to determine the role that loss of atmospheric gas to space played in changing the Martian climate through time. MAVEN will determine how much of the Martian atmosphere has been lost over time by measuring the current rate of escape to space and gathering enough information about the relevant processes to allow extrapolation backward in time.

NASA Goddard Space Flight Center in Greenbelt, Md. manages the project and will also build some of the instruments for the mission. In addition to the principal investigator coming from CU-LASP, the university will provide science operations, build instruments, and lead education/public outreach. Lockheed Martin of Littleton, Colo., is building the spacecraft and will perform mission operations. The University of California-Berkeley Space Sciences Laboratory is also building instruments for the mission. NASA's Jet Propulsion Laboratory, Pasadena, Calif., will provide navigation support, the Deep Space Network, and the Electra telecommunications relay hardware and operations.