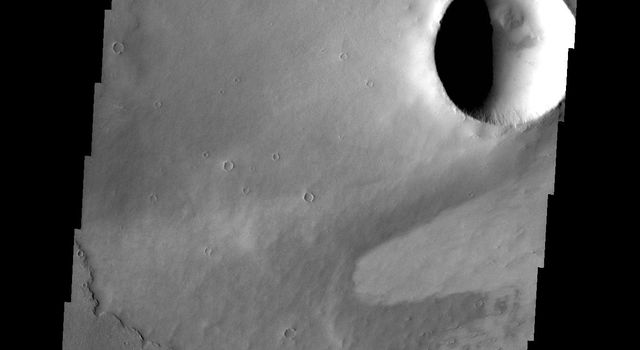 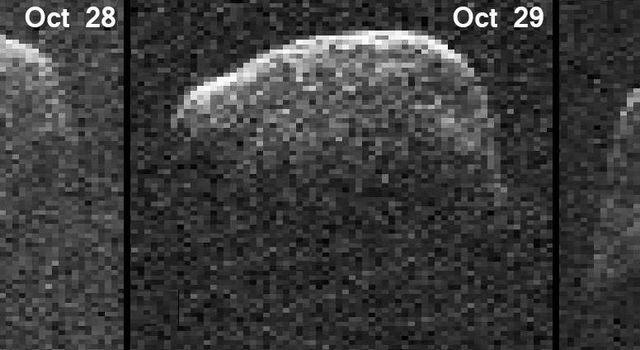 It's difficult not to think of an egg when looking at Saturn's moon Methone, seen here during a Cassini flyby of the small moon. The relatively smooth surface adds to the effect created by the oblong shape.

Small moons like Methone are not generally spherical in shape like the larger moons. Their small sizes means that they lack sufficient gravity to pull themselves into a round shape. Scientists think that the elongated shapes of these moons may be a clue to how they formed.

Lit terrain seen here is on the leading side of Methone (2 miles, 3 kilometers across). North on Methone is up. The image was taken in visible light with the Cassini spacecraft narrow-angle camera on May 20, 2012.

The view was obtained at a distance of approximately 2,500 miles (4,000 kilometers) from Methone and at a Sun-Methone-spacecraft, or phase, angle of 63 degrees. Scale in the original image was 88 feet (27 meters) per pixel. The image has been magnified by a factor of 2.