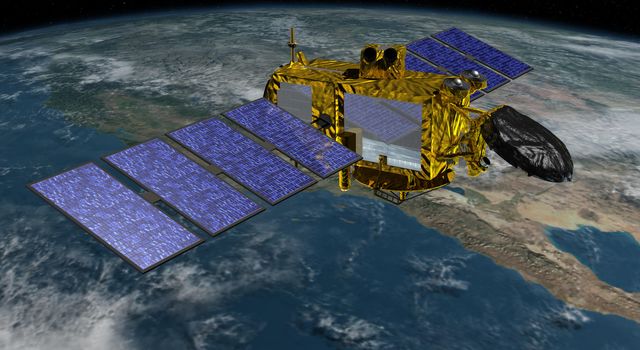 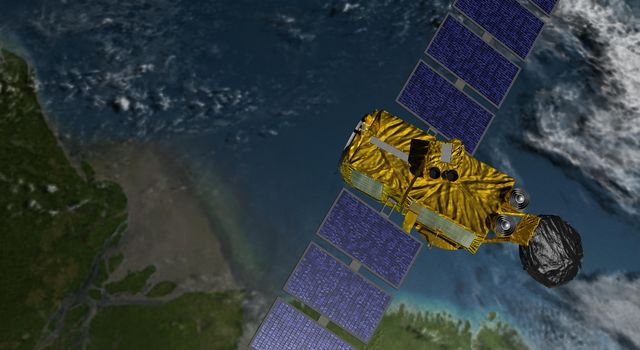 JPL technicians perform a practice run of the mechanical integration sequence that will be used to mate the Jason-3 spacecraft's Advanced Microwave Radiometer instrument to the Jason-3 satellite. The radiometer is one of three NASA-built instruments that are integral components of Jason-3. It measures radiation from Earth's surface at three frequencies to determine the amount of water vapor present in the atmosphere, which affects the accuracy of the Jason-3 altimeter measurements.