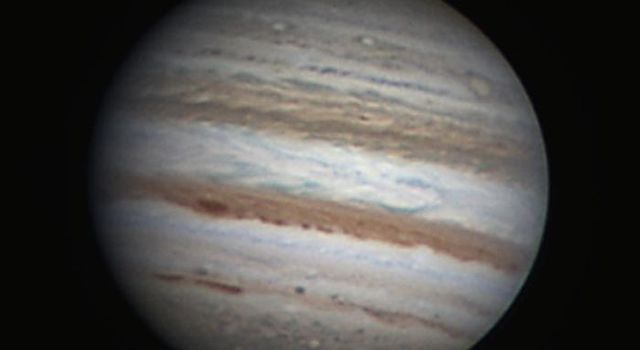 Covering Jupiter from Earth and Space 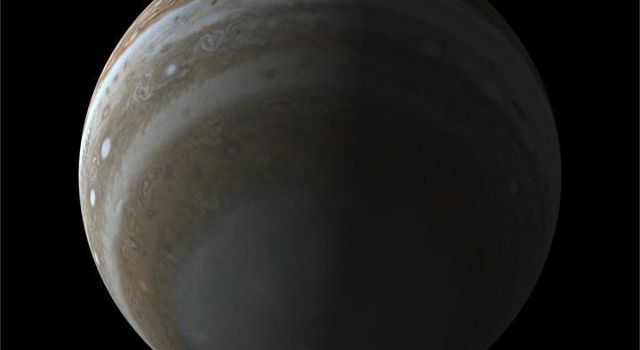 What Juno will see at Jupiter's South Pole (Simulation)

Ground-based astronomers will be playing a vital role in NASA's Juno mission. Because Jupiter has such a dynamic atmosphere, images from the amateur astronomy community are needed to help the JunoCam instrument team predict what features will be visible when the camera's images are taken.

This image was acquired by Damian Peach on September 12, 2010, when Jupiter was close to opposition. South is up and the "Great Red Spot" is visible. Two of Jupiter's moons, Io and Ganymede, can also be seen in this image.