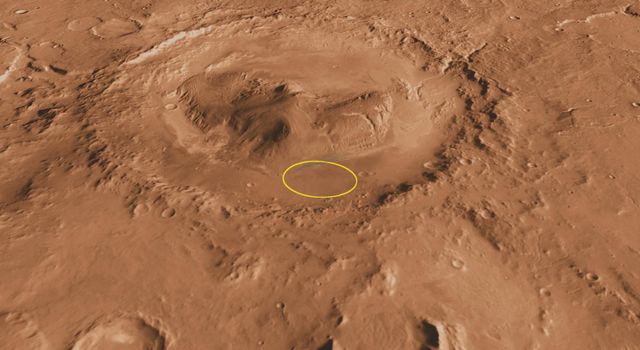 Oblique view of Gale Crater from the Northwest