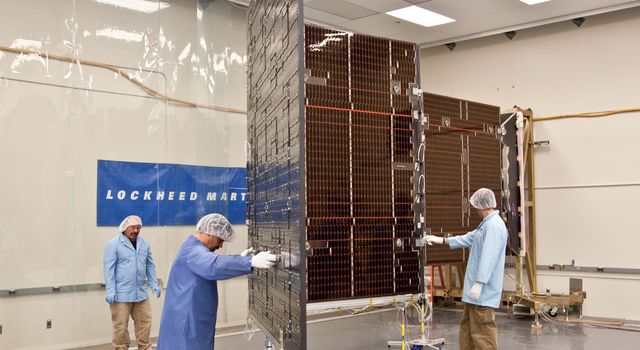 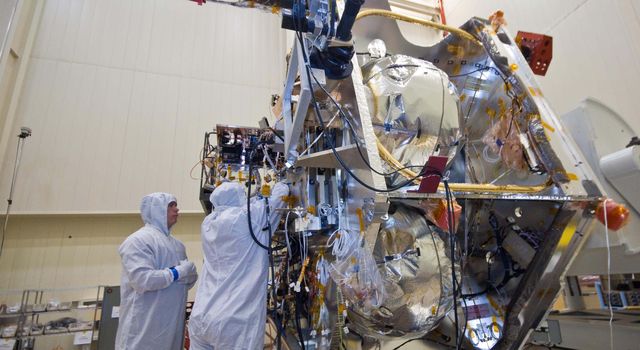 An exposed, side view of NASA's Juno spacecraft during its assembly features three of the spacecraft's spherical propellant tanks. Nearby, technicians install components that will aid with the spacecraft's guidance, navigation and control.

This image was taken on June 29, 2010, in the high-bay cleanroom at Lockheed Martin Space Systems in Denver. Here, the spacecraft is mounted on a large rotation fixture which allows the spacecraft to be turned for convenient access for integration and testing of various subsystems.