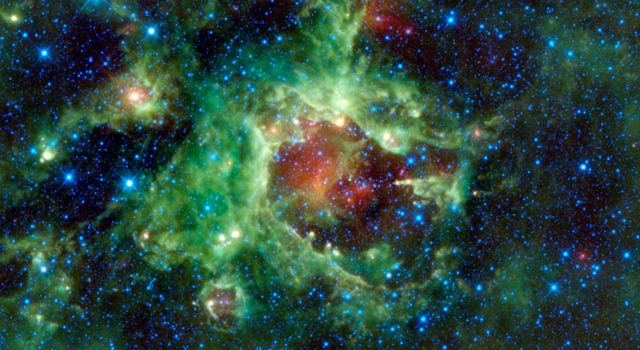 Pointing a Finger at Star Formation 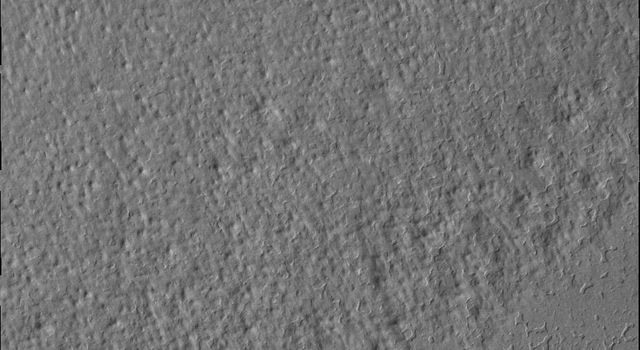 This image of NASA's Juno spacecraft undergoing environmental testing at Lockheed Martin Space Systems near Denver was taken on Jan. 26, 2011. In this photo, Juno had just completed acoustics testing that simulated the acoustic and vibration environment the spacecraft will experience during launch. The photo shows a Lockheed Martin technicians inspecting the spacecraft just after the test. All three solar array wings are installed and stowed, and the spacecraft's large high-gain antenna is in place on the top of the avionics vault.

Scheduled for launch from the Cape Canaveral Air Force Station in Florida during the summer of 2011, Juno spacecraft will orbit Jupiter's poles 33 times to find out more about the gas giant's origins, structure, atmosphere and magnetosphere.

More information about Juno is online at http://www.nasa.gov/juno.