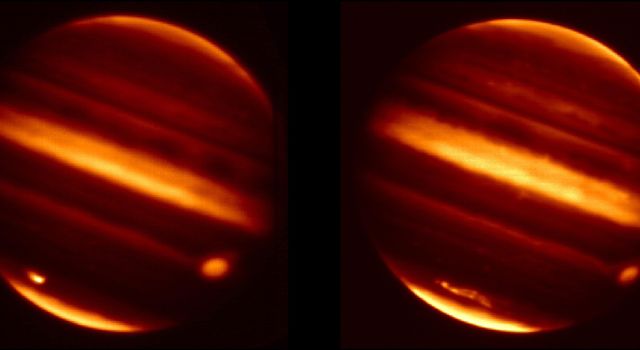 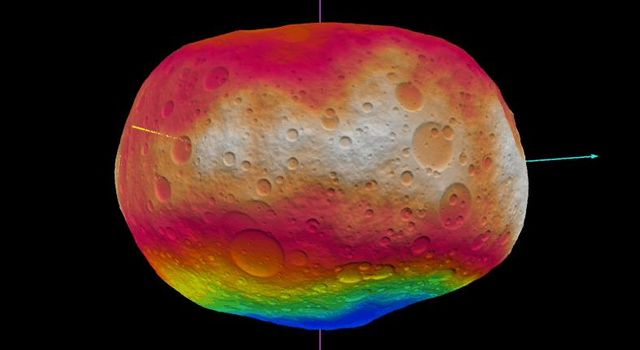 This infrared image, showing thermal radiation at a wavelength of 9.7 microns, was obtained by the Gemini North Telescope in Hawaii. The image shows the aftermath of an impactor hitting Jupiter on July 19, 2009. The area of impact can be seen as the bright white and yellow features at the bottom of this image. An inset shows the impact area in more detail. The image was taken on July 22, 2009, three days after the impact. White and yellow indicate hot temperatures and the presence of hot ammonia upwelling from deep in Jupiter's atmosphere. Infrared images like this, along with measurements of light intensity at different wavelengths to look for the unique signatures of different materials that were obtained by the Gemini South Telescope in Chile, strongly suggest to scientists that a rocky body slammed into the Jovian atmosphere. That body was likely an asteroid and not a comet.