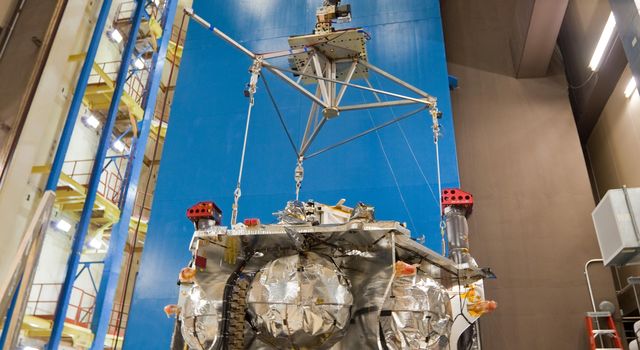 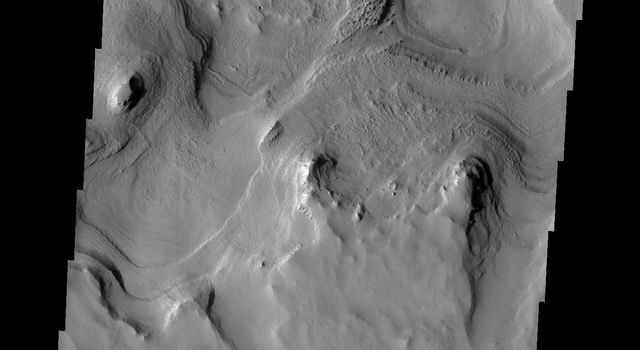 Technicians position NASA's Juno spacecraft on a dolly prior to the start of a round of acoustical testing. During acoustical testing a spacecraft is subjected to conditions that simulate the intense vibrations of launch and other less intense operations that take place while in flight. In this instance, the dolly provides the necessary ground clearance to perform a functional test of Juno's main engine cover.

This image was taken on Sept. 30, 2010, in the Reverberant Acoustics Lab at Lockheed Martin Space Systems in Denver, during Juno's assembly process.