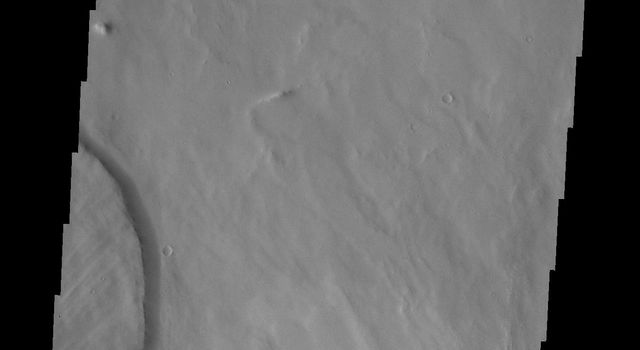 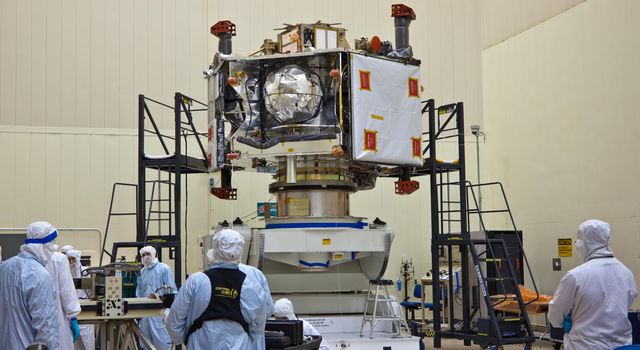 Technicians install components that will aid with guidance, navigation and control of NASA's Juno spacecraft. Like most of Juno's sensitive electronics, these components are situated within the spacecraft's titanium radiation vault. With these components in place the spacecraft was prepared for tests intended to confirm that its software and electrical systems functioned properly as a whole.

At bottom center is one of Juno's four thruster assemblies, its rocket nozzles hidden by a protective red cover stenciled with the words "remove before flight." These thrusters will help control the spinning craft's orientation in space.

This image was taken on June 29, 2010, in the high-bay cleanroom at Lockheed Martin Space Systems in Denver, during Juno's assembly process.