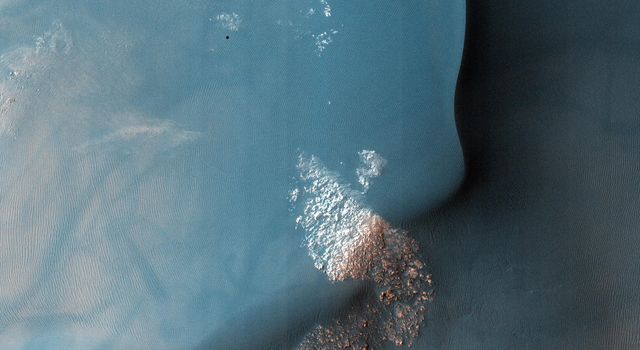 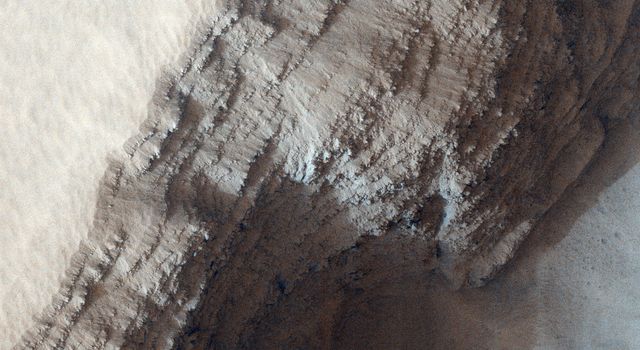 The Russell Crater dune field is covered seasonally by carbon dioxide frost, and this image shows the dune field after the frost has sublimated (evaporated directly from solid to gas). There are just a few patches left of the bright seasonal frost.

Numerous dark dust devil tracks can be seen meandering across the dunes. The face of the largest dune is lined with gullies. The source of the gullies is unclear but could involve erosion by the seasonal carbon dioxide ice.