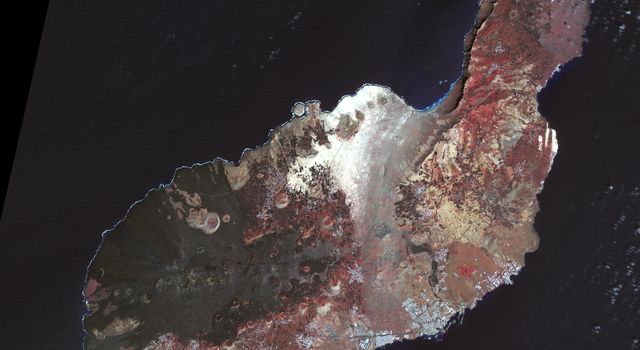 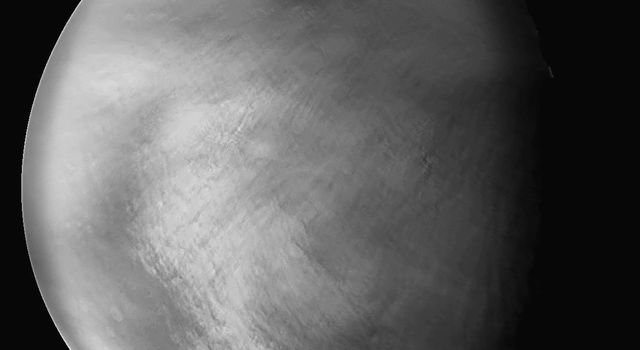 The western Utopia Planitia in the Northern mid-latitudes of Mars is marked by a peculiar type of depression with scalloped edges and by a network of polygonal fractures.

The scalloped depressions are typical features; a smooth layered terrain located between 40 and 60 degrees in both hemispheres. Scalloped depressions probably form by removal of ice-rich subsurface material by sublimation (ice transforming directly from a solid to a gaseous state), a process that may still be active today. Isolated scalloped depressions generally have a steep pole-facing scarp and a gentler equator-facing slope. This asymmetry is interpreted as being the result of difference in solar heating. Scalloped depressions may coalesce, leading to the formation of large areas of pitted terrain.

The polygonal pattern of fractures resembles permafrost polygons that form in terrestrial polar and high alpine regions by seasonal-to-annual contraction of the permafrost (permanently frozen ground). On Earth, such polygons indicate the presence of ground ice.

These landforms most likely show that sub-surface ice is present or has been present geologically recently at these latitudes, and they may slowly be continuing their development at the present time.