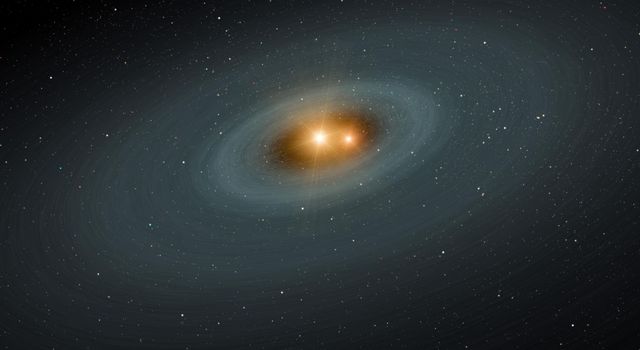 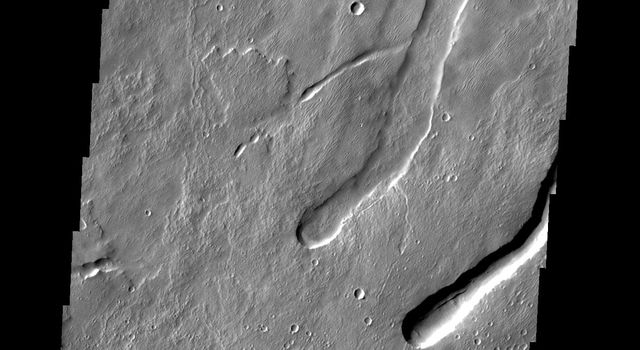 This artist's concept illustrates an imminent planetary collision around a pair of double stars. NASA's Spitzer Space Telescope found evidence that such collisions could be common around a certain type of tight double, or binary, star system, referred to as RS Canum Venaticorums or RS CVns for short. The stars are similar to the sun in age and mass, but they orbit tightly around each other. With time, they are thought to get closer and closer, until their gravitational influences change, throwing the orbits of planetary bodies circling around them out of whack.

Astronomers say that these types of systems could theoretically host habitable planets, or planets that orbit at the right distance from the star pairs to have temperatures that allow liquid water to exist. If so, then these worlds might not be so lucky. They might ultimately be destroyed in collisions like the impending one illustrated here, in which the larger body has begun to crack under the tidal stresses caused by the gravity of the approaching smaller one.

Spitzer's infrared vision spotted dusty evidence for such collisions around three tight star pairs. In this artist concept's, dust from ongoing planetary collisions is shown circling the stellar duo in a giant disk.