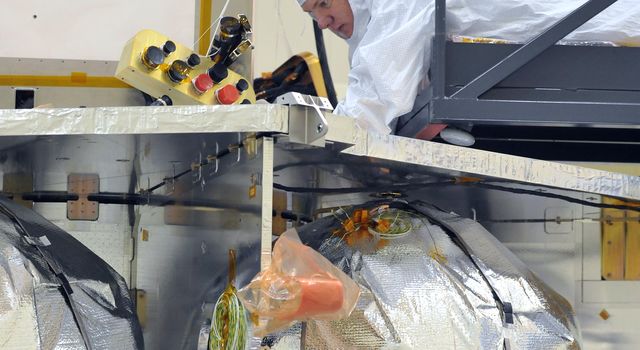 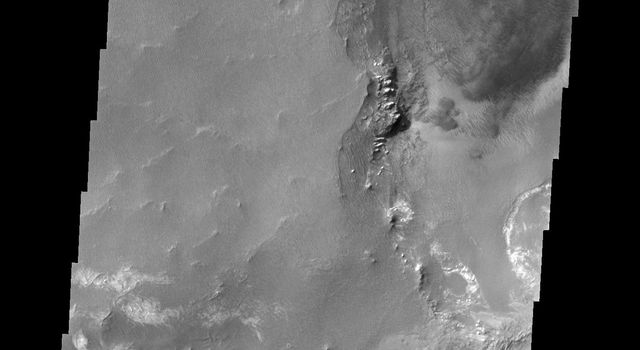 Workers place the special radiation vault for NASA's Juno spacecraft onto the propulsion module. Juno's radiation vault has titanium walls to protect the spacecraft's electronic brain and heart from Jupiter's harsh radiation environment. The whole vault, with more than 20 electronic assemblies inside, weighs about 200 kilograms (500 pounds). This image was taken on May 19, 2010, in the high-bay cleanroom at Lockheed Martin Space Systems in Denver, during Juno's assembly process.