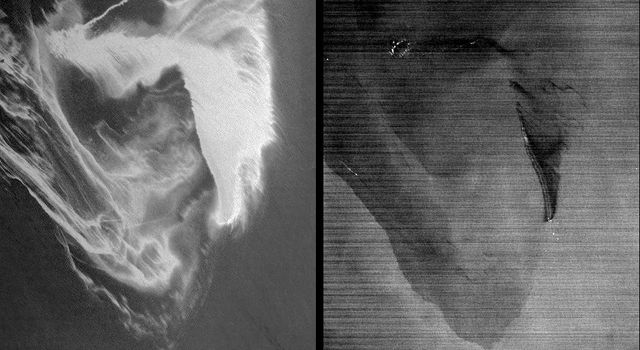 This VIS image of Ganges Chasma shows where a large portion of the canyon wall has given way and formed a landslide deposit. Large landslides deposits are common features in Valles Marineris and the surrounding chasmata.