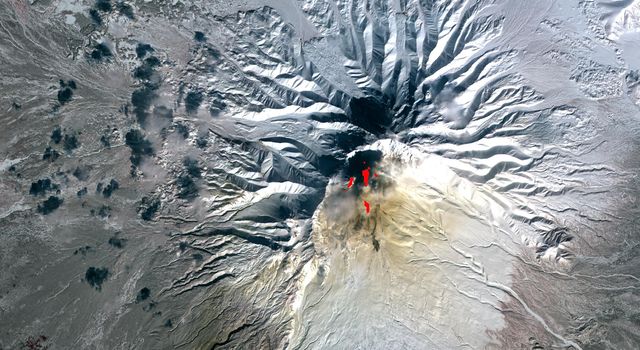 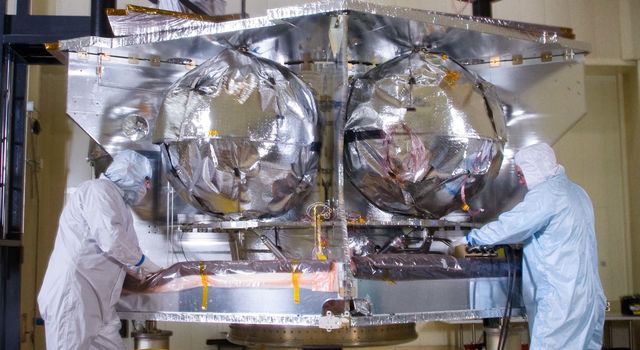 Assembly began April 1, 2010, for NASA's Juno spacecraft in the high-bay cleanroom at Lockheed Martin Space Systems in Denver, Colo. Workers are moving into place the vault that will protect the spacecraft's sensitive electronics from Jupiter's intense radiation belts.