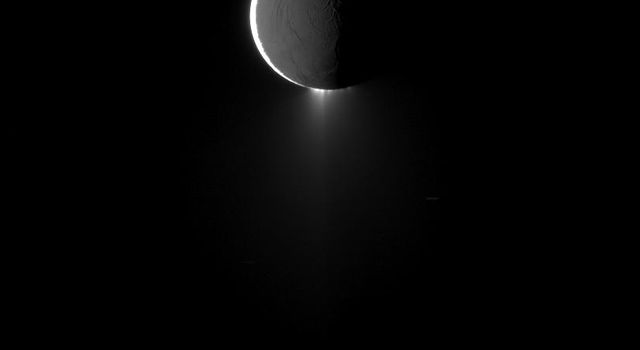 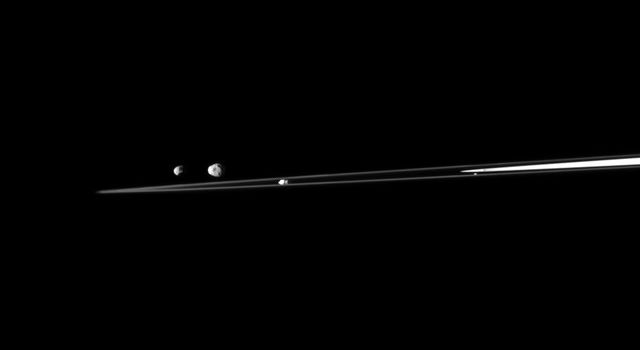 Saturn's moon Janus shows the scars of impacts in this Cassini spacecraft image of craters light and dark.

This view looks toward the Saturn-facing side of Janus (179 kilometers, or 111 miles across). North on Janus is up and rotated 10 degrees to the right.

The image was taken in visible light with the Cassini spacecraft narrow-angle camera on April 7, 2010. The view was acquired at a distance of approximately 75,000 kilometers (47,000 miles) from Janus and at a sun-Janus-spacecraft, or phase, angle of 39 degrees. Image scale is 448 meters (1,469 feet) per pixel.