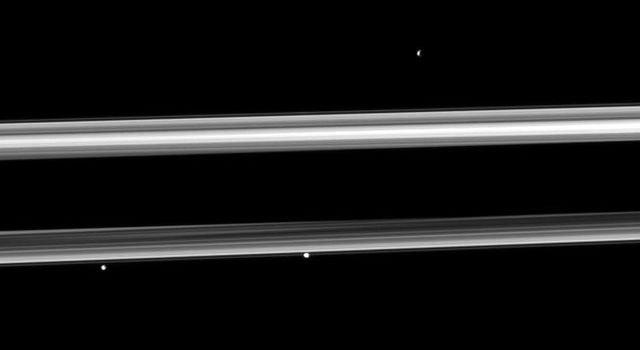 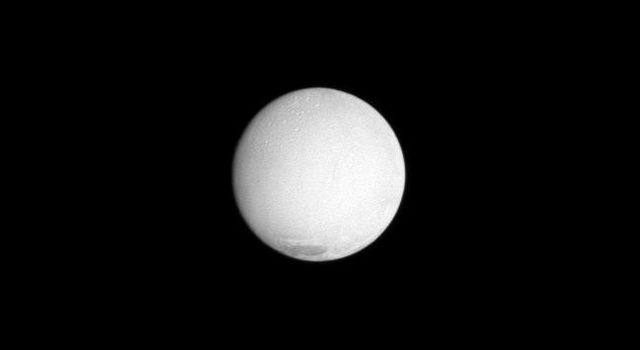 Odysseus Crater, with a size of epic proportions, stretches across a large northern expanse on Saturn's moon Tethys.

This view looks toward the leading hemisphere of Tethys (1,062 kilometers, or 660 miles across). Odysseus Crater is 450 kilometers, or 280 miles, across. North on Tethys is up and rotated 3 degrees to the right.

The image was taken in visible green light with the Cassini spacecraft narrow-angle camera on Feb. 14, 2010. The view was obtained at a distance of approximately 178,000 kilometers (111,000 miles) from Tethys and at a Sun-Tethys-spacecraft, or phase, angle of 73 degrees. Image scale is about 1 kilometer (about 3,485 feet) per pixel.