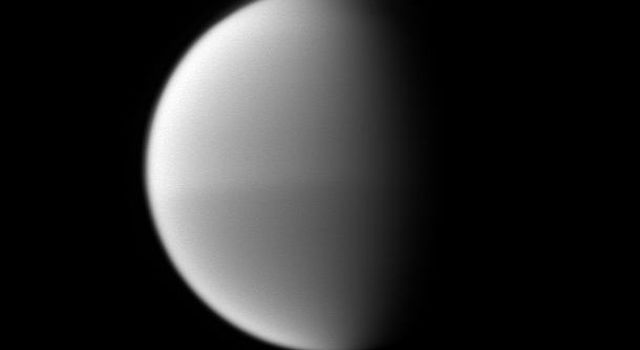 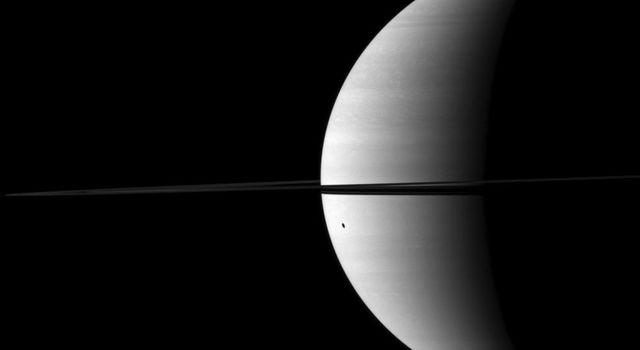 The bright arc in Saturn's faint G ring contains a little something special.

Although it can't be seen here, the tiny moonlet Aegaeon (formerly known as S/2008 S 1) orbits within the bright arc. See PIA11148 to learn more. This view looks toward the northern, sunlit side of the rings from just above the ringplane. Many background stars are visible.

The image was taken in visible light with the Cassini spacecraft narrow-angle camera on Dec. 7, 2009. The view was obtained at a distance of approximately 1.7 million kilometers (1.1 million miles) from Saturn. Image scale is 10 kilometers (6 miles) per pixel.