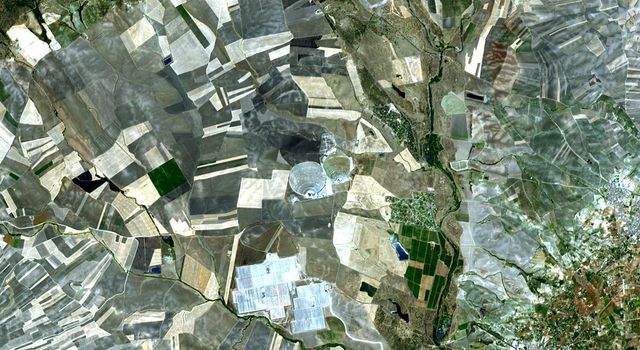 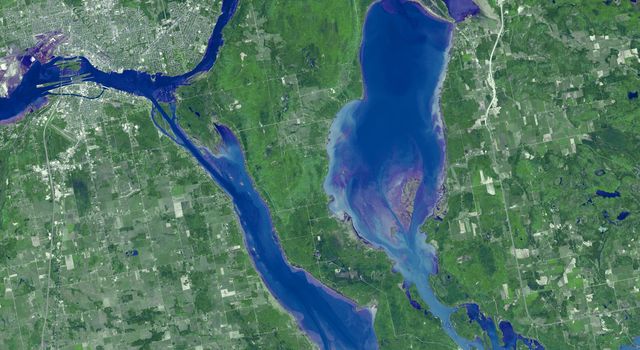 Shenzhen is a city of sub-provincial administrative status in southern China's Guangdong province, immediately north of Hong Kong, and located in the Pearl River Delta. Owing to China's economic liberalization under the policies of Deng Xiaoping, the area became China's first and most successful Special Economic Zones. In the 1970s Shenzhen was a small fishing village. The transformation to a modern cityscape was rapid and widespread. Evidence of urbanization is evident in these two images from 1999 acquired by the Landsat Thematic Mapper, and from 2008 acquired by ASTER. In addition, Shenzhen is the second busiest port in mainland China. The images were acquired on November 15, 1999 and January 1, 2008, cover an area of 49.5 x 46.5 km, and are located at 22.6 degrees north latitude, 113.9 degrees east longitude.

With its 14 spectral bands from the visible to the thermal infrared wavelength region and its high spatial resolution of 15 to 90 meters (about 50 to 300 feet), ASTER images Earth to map and monitor the changing surface of our planet. ASTER is one of five Earth-observing instruments launched December 18, 1999, on NASA's Terra satellite. The instrument was built by Japan's Ministry of Economy, Trade and Industry. A joint U.S./Japan science team is responsible for validation and calibration of the instrument and the data products.

The U.S. science team is located at JPL, Pasadena, Calif. The Terra mission is part of NASA's Science Mission Directorate.