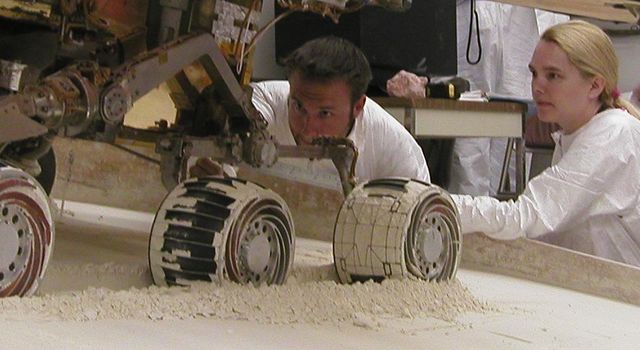 Preparing for Next Test 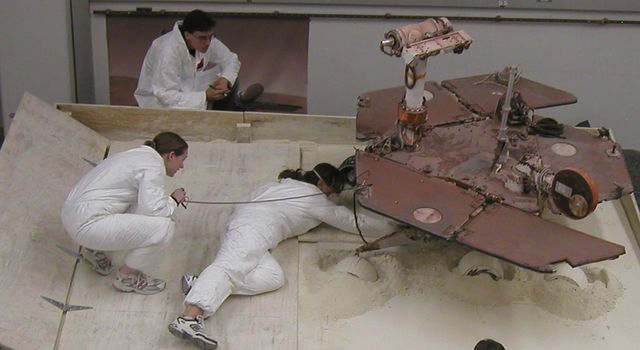 After a Crabwalk Test

The finished heat shield for NASA's Mars Science Laboratory, with a diameter of 4.5 meters (14 feet, 9 inches), is the largest ever built for descending through the atmosphere of any planet. This image shows the heat shield and a spacecraft worker at Lockheed Martin Space Systems, Denver, which built and tested the heat shield.

The heat shield and the spacecraft's backshell together form an encapsulating aeroshell that will protect the mission's rover, Curiosity, from the intense heat and friction that will be generated as the flight system descends through the Martian atmosphere. The aeroshell has a steering capability produced by ejecting ballast that offsets the center of mass prior to entry into the atmosphere. This offset creates lift as it interacts with the thin Martian atmosphere and allows roll control and autonomous steering through the use of thrusters.

The Mars Science Laboratory is being assembled and tested for launch in the autumn of 2011. NASA's Jet Propulsion Laboratory, a division of the California Institute of Technology, Pasadena, manages the mission.