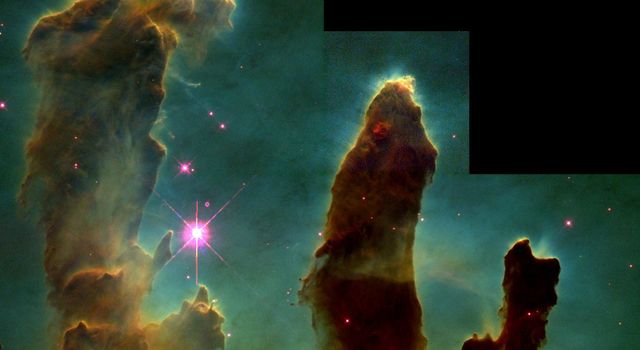 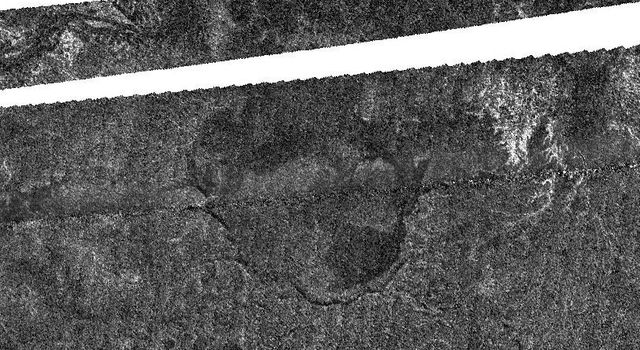 Several hundred never before seen galaxies are visible in this "deepest-ever" view of the universe, called the Hubble Deep Field (HDF), made with NASA's Hubble Space Telescope. Besides the classical spiral and elliptical shaped galaxies, there is a bewildering variety of other galaxy shapes and colors that are important clues to understanding the evolution of the universe. Some of the galaxies may have formed less that one billion years after the Big Bang.

Representing a narrow "keyhole" view all the way to the visible horizon of the universe, the HDF image covers a speck of sky 1/30th the diameter of the full Moon (about 25% of the entire HDF is shown here). This is so narrow, just a few foreground stars in our Milky Way galaxy are visible and are vastly outnumbered by the menagerie of far more distant galaxies, some nearly as faint as 30th magnitude, or nearly four billion times fainter than the limits of human vision. (The relatively bright object with diffraction spikes just left of center may be a 20th magnitude star.) Though the field is a very small sample of sky area it is considered representative of the typical distribution of galaxies in space because the universe, statistically, looks the same in all directions.

The image was assembled from many separate exposures (342 frames total were taken, 276 have been fully processed to date and used for this picture) with the Wide Field and Planetary Camera 2 (WFPC2), for ten consecutive days between December 18 to 28, 1995. This picture is from one of three wide-field CCD (Charged Coupled Device) detectors on the WFPC2.

This "true-color" view was assembled from separate images were taken in blue, red, and infrared light. By combining these separate images into a single color picture, astronomers will be able to infer—at least statistically—the distance, age, and composition of galaxies in the field. Bluer objects contain young stars and/or are relatively close, while redder objects contain older stellar populations and/or farther away.