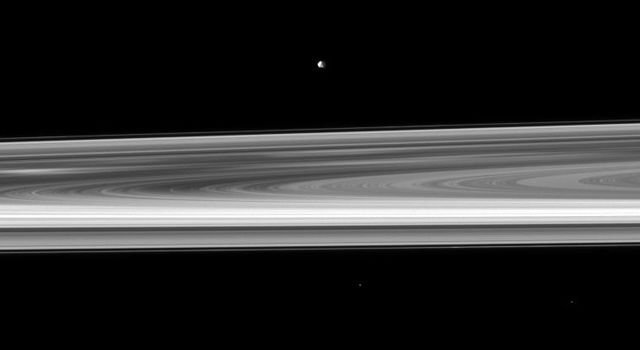 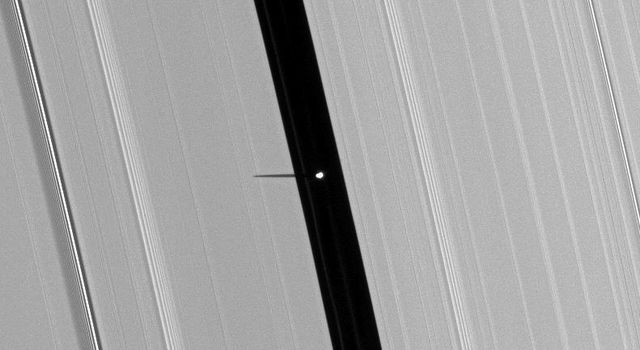 Saturn's moon Rhea passes in front of Dione, as seen from the Cassini spacecraft.