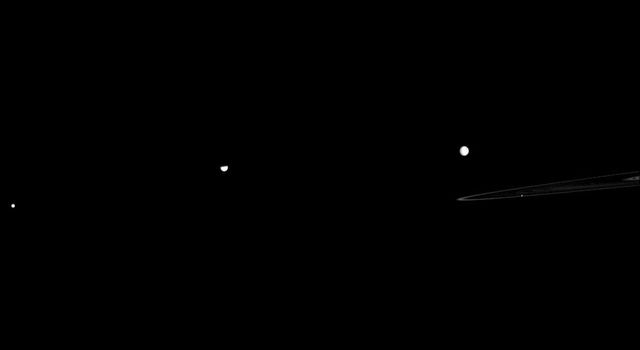 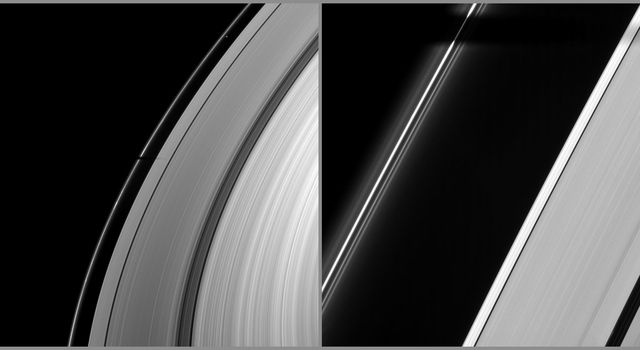 The shadow of the moon Mimas extends elegantly across Saturn's A and F rings.

As Saturn approaches its August 2009 equinox, the planet's moons cast shadows onto the rings. To learn more about this special time and to see a movie of a moon's shadow moving across the rings, see PIA11651. Two background stars are visible in the image. Mimas is not shown.

This view looks toward the sunlit side of the rings from about 62 degrees below the ringplane. The image was taken in visible light with the Cassini spacecraft narrow-angle camera on April 7, 2009. The view was acquired at a distance of approximately 1.1 million kilometers (684,000 miles) from Saturn and at a Sun-Saturn-spacecraft, or phase, angle of 101 degrees. Image scale is 6 kilometers (4 miles) per pixel.