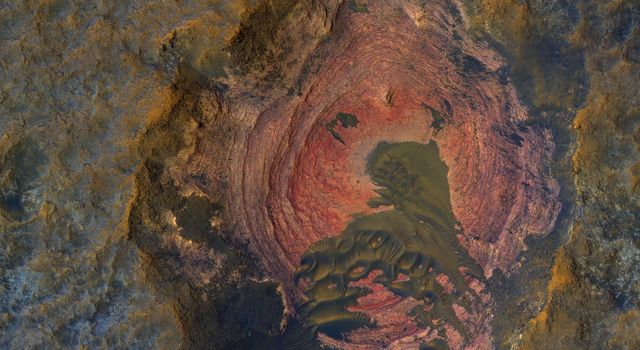 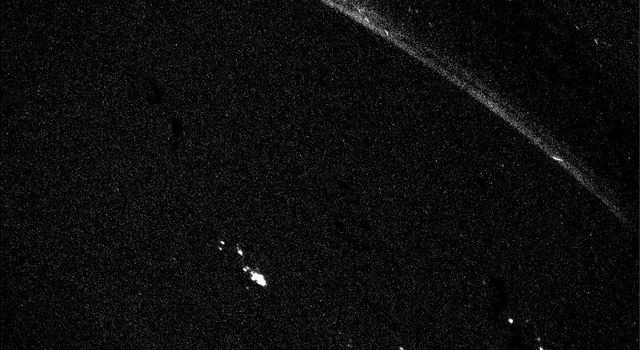 Lights In The Night 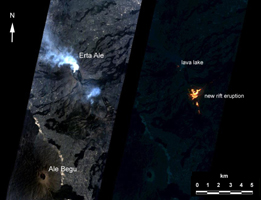 On Jan. 24, 2017, the Hyperion Imager on NASA's Earth Observing 1 (EO-1) spacecraft observed a new eruption at Erta'Ale volcano, Ethiopia, from an altitude of 438 miles (705 kilometers). Data were collected at a resolution of 98 feet (30 meters) per pixel at different visible and infrared wavelengths and were combined to create these images. A visible-wavelength image is on the left. An infrared image is shown on the right. The infrared image emphasizes the hottest areas and reveals a spectacular rift eruption, where a crack opens and lava gushes forth, fountaining into the air. The lava flows spread away from the crack. Erta'Ale is the location of a long-lived lava lake, and it remains to be seen if this survives this new eruption.

The EO-1 spacecraft is managed by NASA's Goddard Space Flight Center, Greenbelt, Maryland. EO-1 is the satellite remote-sensing asset used by the EO-1 Volcano Sensor Web (VSW) developed by NASA's Jet Propulsion Laboratory, Pasadena, California, which is being used to monitor this, and other, volcanic eruptions around the world.