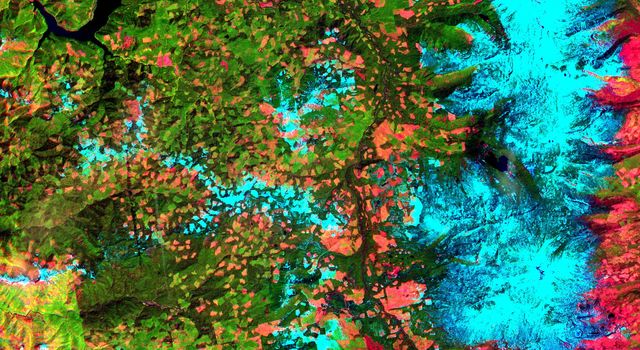 The nearly perfectly conical profile of Fuji soars 3,776 meters (12,388 feet) above sea level on southern Honshu, near Tokyo. The highest mountain in Japan, Fuji is the country's most familiar symbol. The summit of this graceful, dormant volcano is broken by a crater 610 meters (2,000 feet) in diameter. The crater is ringed by eight jagged peaks. The five Fuji Lakes lie on the northern slopes of the mountain, all formed in the wake of lava flows. Mirrored in the still waters of Kawaguchi-ko, the most beautiful of the five lakes, is a reflection of Fuji. Part of Fuji-Hakone-Izu National Park, Fuji last erupted for a two-month period starting in November 1707, covering Tokyo, some 100 kilometers (60 miles) away, with a layer of ash. According to legend, Fuji arose from the plain during a single night in 286 BC. Geologically, the mountain is much older than this.

Considered sacred by many, Fuji is surrounded by temples and shrines. Thousands of pilgrims climb the mountain each year as part of their religious practice, hoping to reach the summit by dawn to watch the sunrise. This animated fly-by was created by draping visible and near infrared image data over a digital topography model, created from ASTER's stereo bands. The spatial resolution of both the image and topography is 15 m. The image is centered at 35.3 degrees north latitude, 138.7 degrees east longitude.