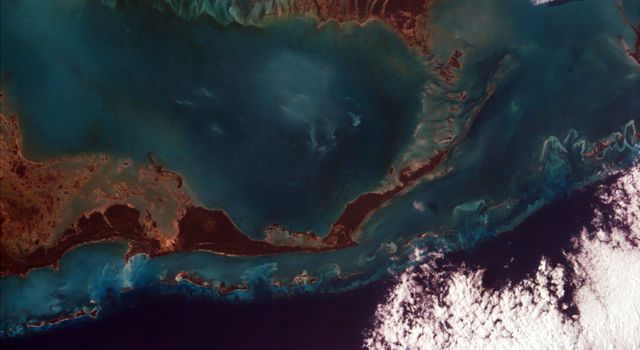 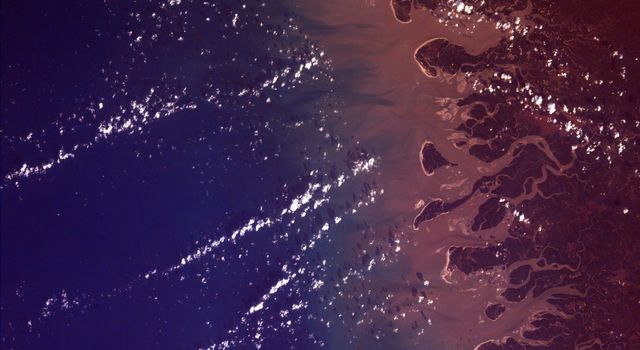 This highly oblique image shot over northwestern part of the African continent captures the curvature of the Earth and shows its atmosphere. You can see clouds and even the occasional thunderhead. Most ISS EarthKAM images are nadir (the center point of the image is directly beneath the lens of the camera), but as you can see this one is not. This image has a high angle because the space shuttle needed to roll on its side for a short time. From space you can understand how thin and fragile the Earth's atmosphere really is and why we need to protect it. Our atmosphere is composed of 78 percent nitrogen, 21 percent oxygen and 1 percent other constituents, and it shields us from nearly all harmful radiation coming from the Sun and other stars. Earth's atmosphere also protects us from meteors, most of which burn up before they can strike the planet. Affected by changes in solar activity, the upper atmosphere contributes to weather and climate on Earth.

This image was taken from the Space Shuttle on September 04, 1997. <!--Image, geographic, and position and camera information can be viewed on the ISS EarthKAM <!-- -->meta data page.-->