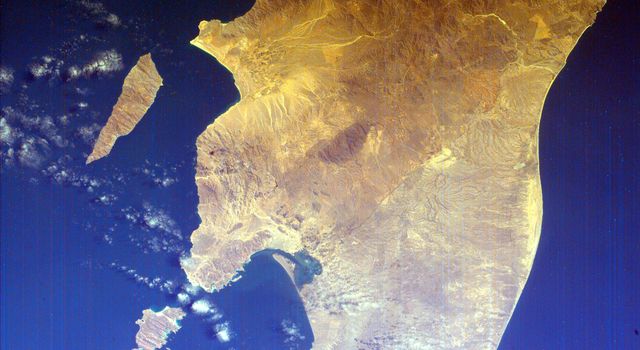 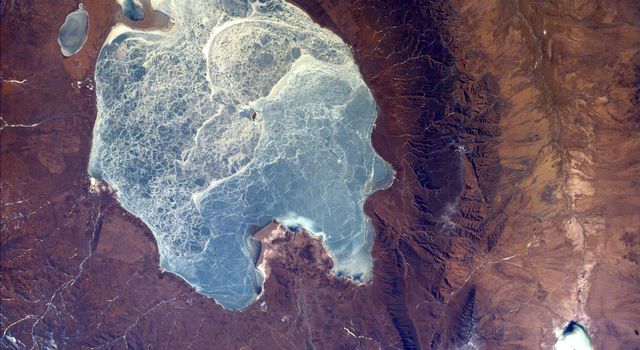 Lisbon, the capital of Portugal, is also its largest city containing one-fifth of the country's population. The superb natural harbor at Lisbon is a commercially important European port handling much of the import-export traffic for Portugal and Spain. The Tagus River, which meets the Atlantic Ocean at Lisbon, originates in central Spain. It provides limited access to the interior Iberian Peninsula because it descends from the great Meseta plateau of central Spain through narrow gorges.

Vapor trails, like those crossing this image, are formed by the combustion of airplane fuel when a plane passes through a part of the atmosphere with relatively high humidity. The contrails themselves are actually plumes of ice crystals that can persist in the atmosphere for several hours. Most of these contrails are probably intercontinental flights coming and going from Madrid, Spain.

This image was taken from the Space Shuttle on February 13, 2000. <!--Image, geographic, and position and camera information can be viewed on the ISS EarthKAM meta data page.-->