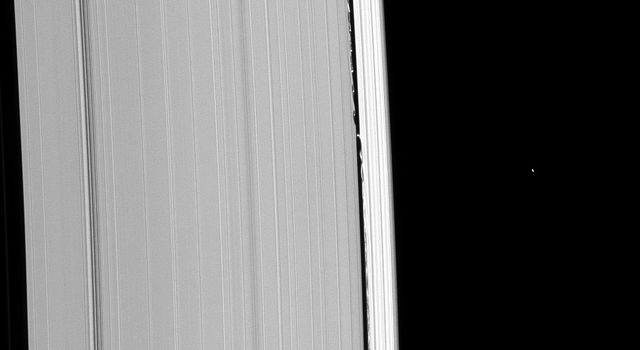 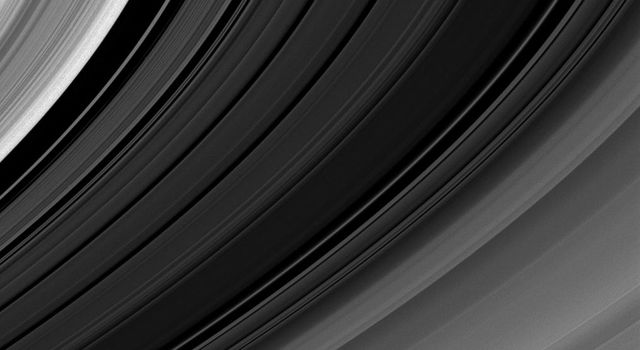 Half an hour after Prometheus tore into this region of Saturn's F ring, the Cassini spacecraft snapped this image just as the moon was creating a new streamer in the ring.The dark pattern shaped like an upside down check mark in the lower left of the image is Prometheus and its shadow. The potato shaped moon can just be seen coming back out of the ring.

The F ring is overexposed in this image which has been brightened to reveal the moon.

This view looks toward the unilluminated side of the rings from about 18 degrees above the ringplane. The image was taken in visible light with the Cassini spacecraft narrow-angle camera on Jan. 14, 2009. The view was obtained at a distance of approximately 555,000 kilometers (345,000 miles) from Saturn and at a Sun-Saturn-spacecraft, or phase, angle of 145 degrees. Image scale is 3 kilometers (2 miles) per pixel.