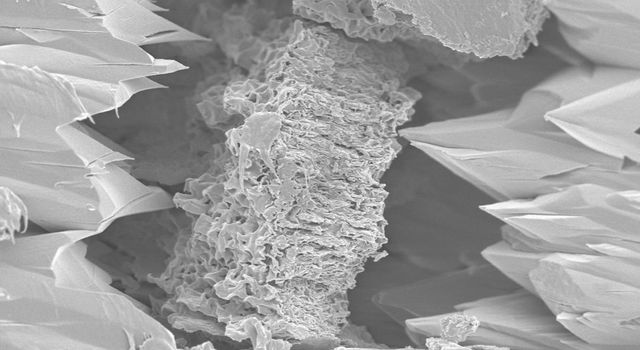 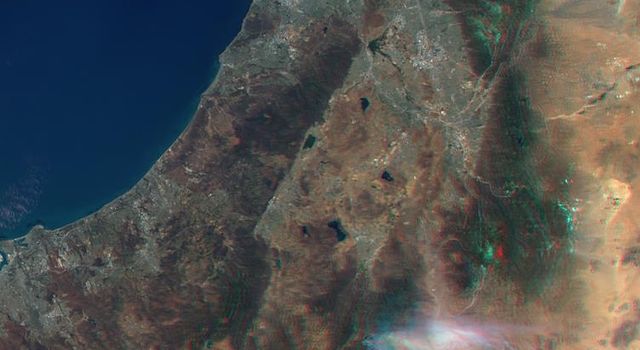 The High Resolution Imaging Science Experiment (HiRISE) camera would make a great backyard telescope for viewing Mars, and we can also use it at Mars to view other planets. This is an image of Earth and the moon, acquired on October 3, 2007, by the HiRISE camera on NASA's Mars Reconnaissance Orbiter.

At the time the image was taken, Earth was 142 million kilometers (88 million miles) from Mars, giving the HiRISE image a scale of 142 kilometers (88 miles) per pixel, an Earth diameter of about 90 pixels and a moon diameter of 24 pixels. The phase angle is 98 degrees, which means that less than half of the disk of the Earth and the disk of the moon have direct illumination. We could image Earth and moon at full disk illumination only when they are on the opposite side of the sun from Mars, but then the range would be much greater and the image would show less detail.

On the day this image was taken, the Japanese Kayuga (Selene) spacecraft was en route from the Earth to the moon, and has since returned spectacular images and movies (see http://www.jaxa.jp/projects/sat/selene/index_e.html).

On the Earth image we can make out the west coast outline of South America at lower right, although the clouds are the dominant features. These clouds are so bright, compared with the moon, that they are saturated in the HiRISE images. In fact the red-filter image was almost completely saturated, the Blue-Green image had significant saturation, and the brightest clouds were saturated in the infrared image. This color image required a fair amount of processing to make a nice-looking release. The moon image is unsaturated but brightened relative to Earth for this composite. The lunar images are useful for calibration of the camera.

NASA's Jet Propulsion Laboratory, a division of the California Institute of Technology in Pasadena, manages the Mars Reconnaissance Orbiter for NASA's Science Mission Directorate, Washington. Lockheed Martin Space Systems, Denver, is the prime contractor for the project and built the spacecraft. The High Resolution Imaging Science Experiment is operated by the University of Arizona, Tucson, and the instrument was built by Ball Aerospace and Technology Corp., Boulder, Colo.