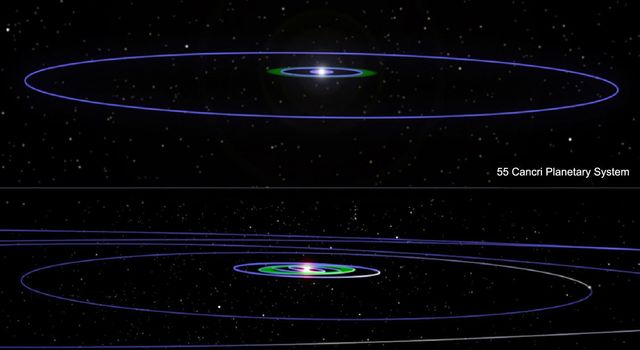 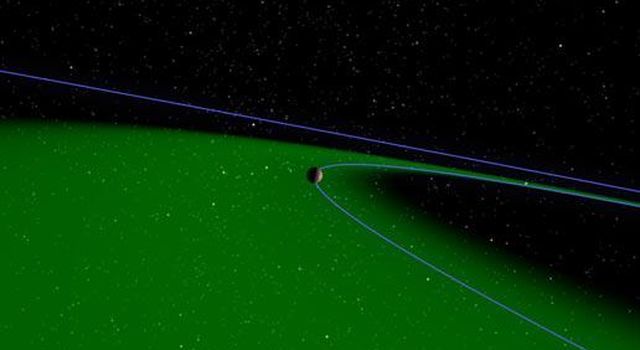 Journey to a Star Rich with Planets (Artist Concept)

This artist's concept shows four of the five planets that orbit 55 Cancri, a star much like our own. The most recently discovered planet, and the fourth out from the star, looms large in the foreground. It is at least 45 times the mass of Earth, or half the mass of Saturn, and it orbits the star every 260 days. The system's three known inner planets can be seen in the background around the glowing star, while its most distant planet is not pictured. Fifty-five Cancri has produced a larger number of massive planets than our solar system.

The colors of the planets in this illustration were chosen to resemble those of our own solar system. Astronomers do not know what the planets look like.