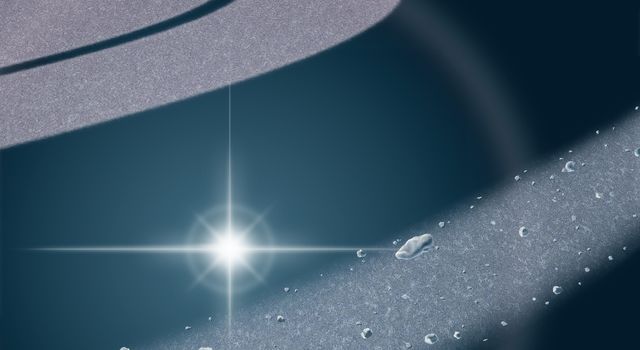 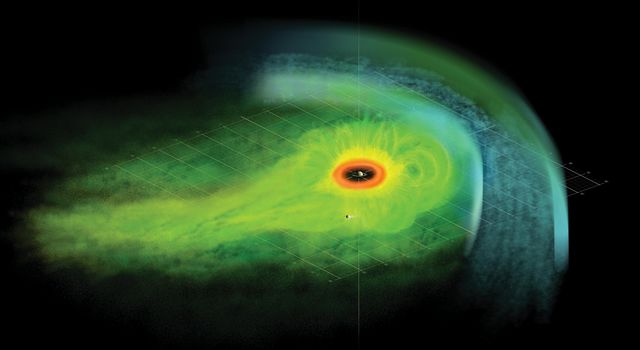 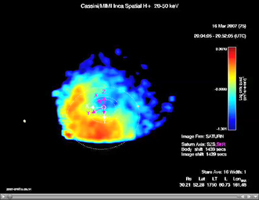 This movie is made up of over 600 consecutive images taken on March 16 to March 18, 2007, with the Cassini Magnetospheric Imaging Instrument's ion and neutral camera.

The movie clip shows Saturn's dynamic "ring current," which is an invisible ring of energetic ions trapped in the magnetic field of the planet.

The ion and neutral camera allows scientists to produce movies that show how this ring changes over time and these movies reveal a dynamic system. The ring current is doughnut shaped but in some instances it appears like someone took a bite out of it. (For a related image see PIA10082).

Saturn's ring current had not been mapped before on a global scale, only "snippets" or areas were mapped previously but not in this detail.

The spacecraft coordinates are shown with each frame. Saturn is at the center and the dotted circles represent the orbits of the moon's Rhea and Titan. The Z axis points parallel with Saturn's spin axis, the X-axis points roughly sunward in the sun-spin axis plane, and Y completes the system, roughly toward dusk. The magenta-colored axes represent a longitude system rotating with the planet, developed by the radio and plasma wave instrument team.

The Cassini-Huygens mission is a cooperative project of NASA, the European Space Agency and the Italian Space Agency. The Jet Propulsion Laboratory, a division of the California Institute of Technology in Pasadena, manages the mission for NASA's Science Mission Directorate, Washington, D.C. The Cassini orbiter was designed, developed and assembled at JPL. The magnetospheric imaging instrument was designed, built and is operated by an international team lead by the Applied Physics Laboratory of the Johns Hopkins University, Laurel, Md.

For more information about the Cassini-Huygens mission, visit http://saturn.jpl.nasa.gov/home/index.cfm and the instrument team's home page, http://sd-www.jhuapl.edu/CASSINI/index.html.