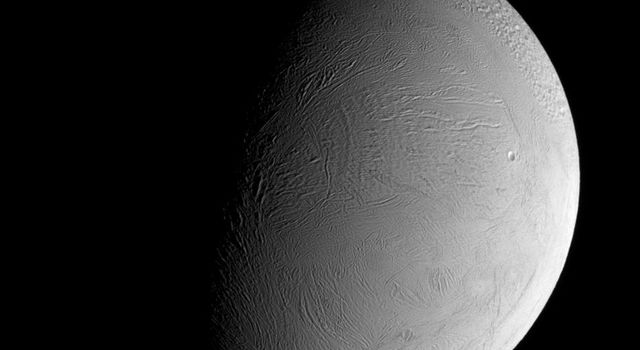 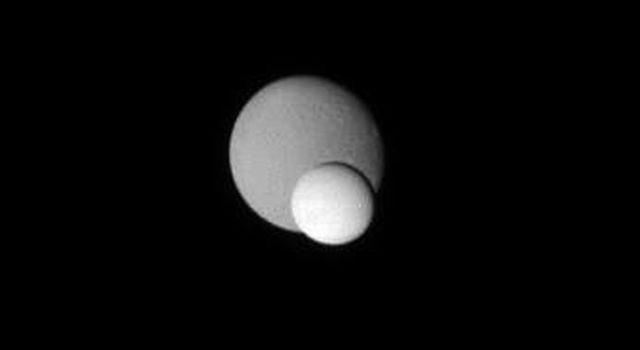 With Enceladus nearly in front of the Sun from Cassini's viewpoint, its icy jets become clearly visible against the background.

The view here is roughly perpendicular to the direction of the linear "tiger stripe" fractures, or sulci, from which the jets emanate. The jets here provide the extra glow at the bottom of the moon. The general brightness of the sky around the moon is the diffuse glow of Saturn's E ring, which is an end product of the jets' material being spread into a torus, or doughnut shape, around Saturn.

North on Enceladus (505 kilometers, or 314 miles across) is up and rotated 20 degrees to the left.

The image was taken in visible light with the Cassini spacecraft narrow-angle camera on Sept. 30, 2007. The view was obtained at a distance of approximately 187,000 kilometers (116,000 miles) from Enceladus and at a Sun-Enceladus-spacecraft, or phase, angle of 157 degrees. Image scale is 1 kilometer (0.6 mile) per pixel.