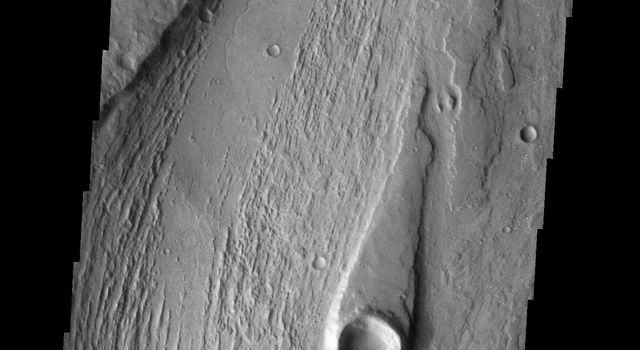 This small field of dunes is located on the floor of an unnamed crater.