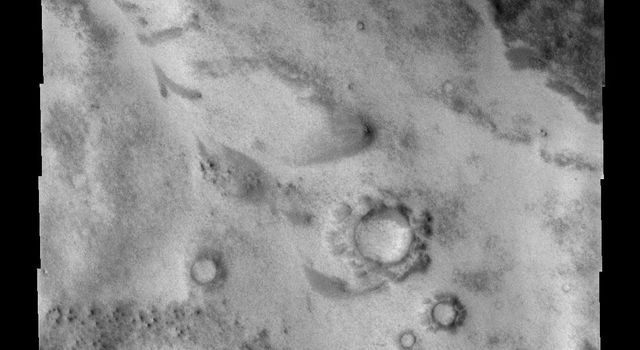 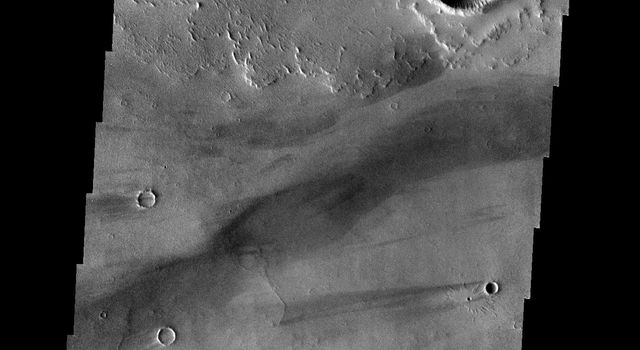 The vertical features that look like long puffy streamers in this image are actually the clouds at the margin of a large dust storm.