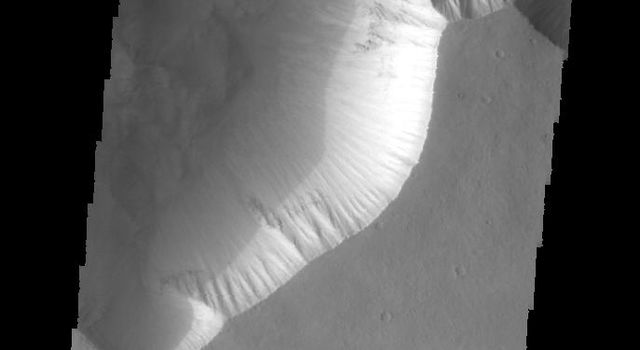 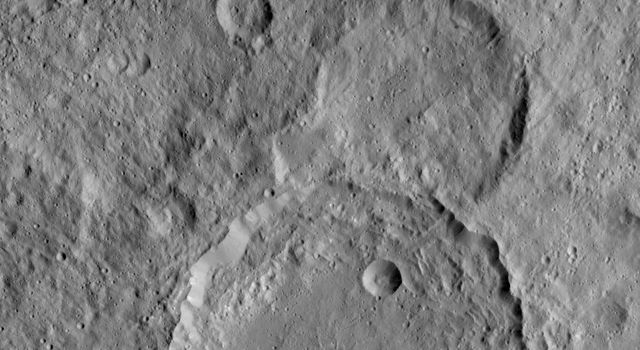 Four images from New Horizons' Long Range Reconnaissance Imager (LORRI) were combined with color data from the spacecraft's Ralph instrument to create this enhanced color global view of Pluto. (The lower right edge of Pluto in this view currently lacks high-resolution color coverage.) The images, taken July 13, 2015, when the spacecraft was 280,000 miles (450,000 kilometers) away from Pluto, show features as small as 1.4 miles (2.2 kilometers).

This enhanced color image helps scientists detect differences in the composition and texture of Pluto's surface. The data hint that Pluto may still be geologically active, a theory that could explain how Pluto's escaping atmosphere remains flush with nitrogen.