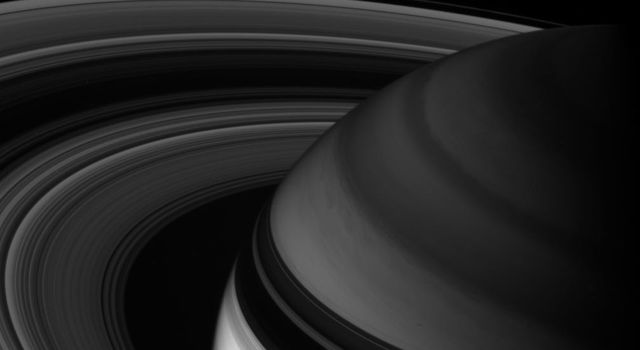 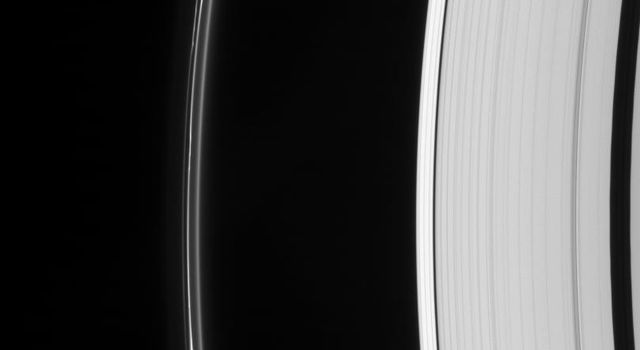 The Cassini spacecraft spies an intriguing bright clump in Saturn's F ring. Also of interest is the dark gash that appears to cut through the ring immediately below the clump. Scientists continue to monitor this ring for small, transient clumps of material, as well as the effects of the shepherd moon Prometheus.

This view looks toward the unilluminated side of the rings from about 28 degrees above the ringplane.

The image was taken in visible light with the Cassini spacecraft narrow-angle camera on May 5, 2007 at a distance of approximately 2.1 million kilometers (1.3 million miles) from Saturn. Image scale is 12 kilometers (8 miles) per pixel.