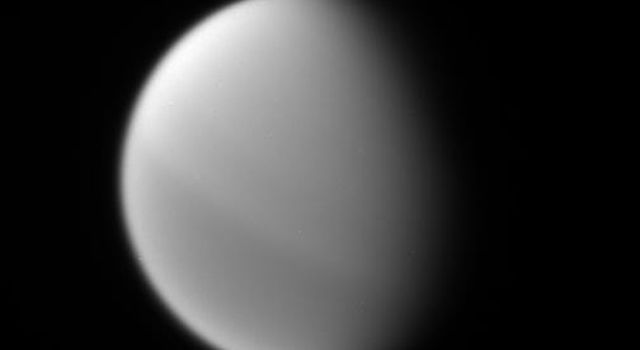 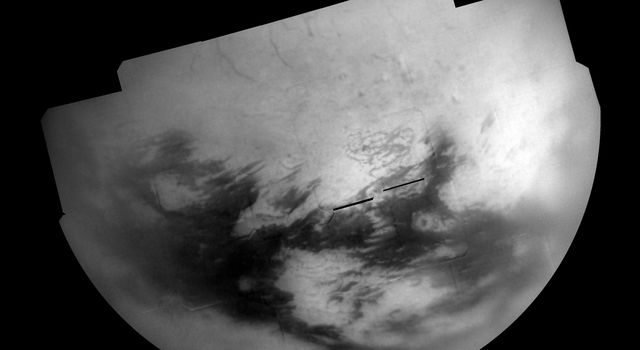 The Cassini spacecraft catches a glimpse of features that reveal important clues about processes occurring in Titan's atmosphere.

The image was taken with the Cassini spacecraft narrow-angle camera using a combination of spectral filters sensitive to wavelengths of polarized ultraviolet light. The image was obtained on May 15, 2007 at a distance of approximately 1.3 million kilometers (800,000 miles) from Titan and at a Sun-Titan-spacecraft, or phase, angle of 25 degrees. Image scale is 15 kilometers (10 miles) per pixel.