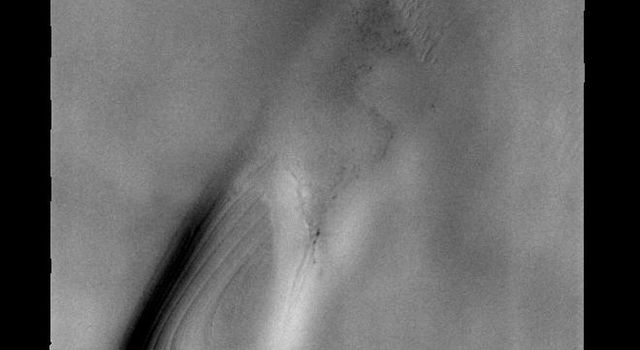 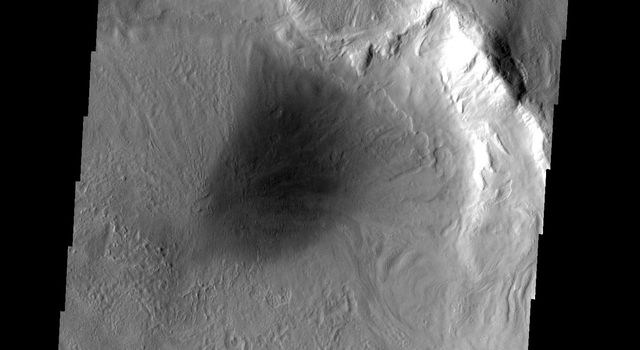 The floor of this crater in Arabia Terra has been filled with material that is now being eroded away.