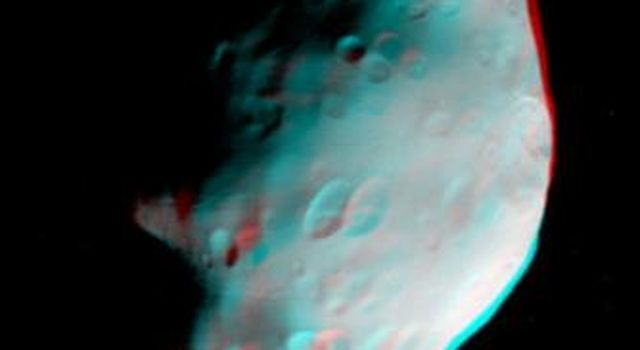 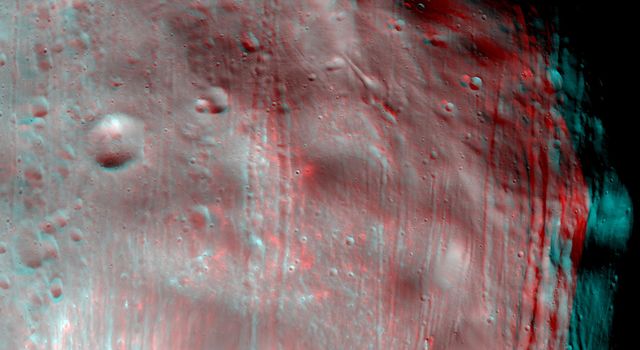 This stereo image, or anaglyph, shows huge mountains on Saturn's moon Iapetus, imaged by NASA's Cassini spacecraft during its very close flyby in Sept. 2007. These mountains are located at the moon's equator in the westward-most part of the dark terrain.

Here, the brightness pattern on the surface is very complex. The mountain in the center of this view is part of the range informally named "the Voyager mountains" that were first detected on the limb of the moon in NASA Voyager spacecraft images. Interestingly, its eastern (right) flank is dark, while the other flanks are bright. This suggests that external material arriving on Iapetus from its orbital motion might play a role in the darkening process. One plausible source, the outer moons of Saturn, might provide a very thin but steady stream of very dark particles from the eastern direction as seen from this mountain.

The mosaic consists of six image footprints across the surface of Iapetus. The view is centered on terrain near 0.1 degree north latitude, 199 degrees west longitude. Image scale is approximately 46 meters (151 feet) per pixel.

A separate, non-stereo version of the scene is included for comparison (figure 1).