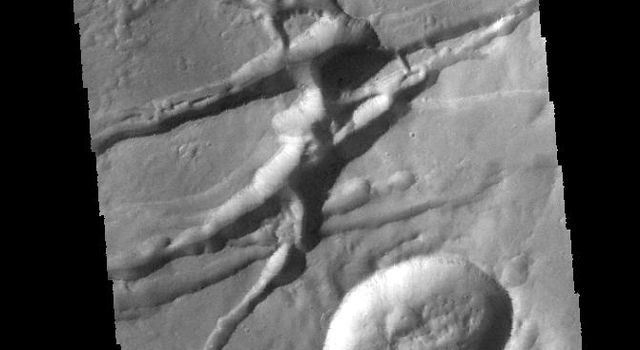 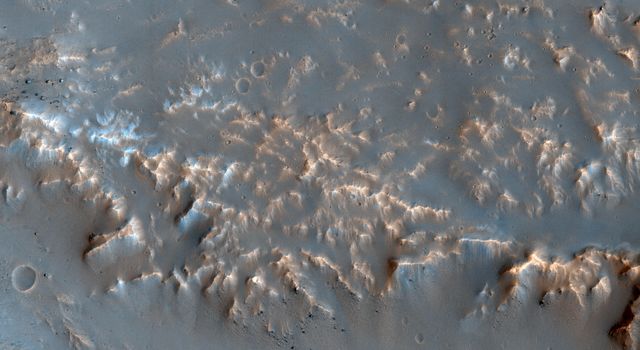 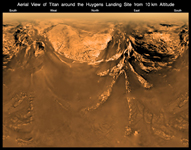 This poster shows a flattened (Mercator) projection of the Huygens probe's view from 10 kilometers altitude (6 miles). The images that make up this view were taken on Jan. 14, 2005, with the descent imager/spectral radiometer onboard the European Agency's Huygens probe.

The Huygens probe was delivered to Saturn's moon Titan by the Cassini spacecraft, which is managed by NASA's Jet Propulsion Laboratory, Pasadena, Calif. NASA supplied two instruments on the probe, the descent imager/spectral radiometer and the gas chromatograph mass spectrometer. The Cassini-Huygens mission is a cooperative project of NASA, the European Space Agency and the Italian Space Agency. The Jet Propulsion Laboratory, a division of the California Institute of Technology in Pasadena, manages the mission for NASA's Science Mission Directorate, Washington, D.C. The descent imager/spectral radiometer team is based at the University of Arizona, Tucson.